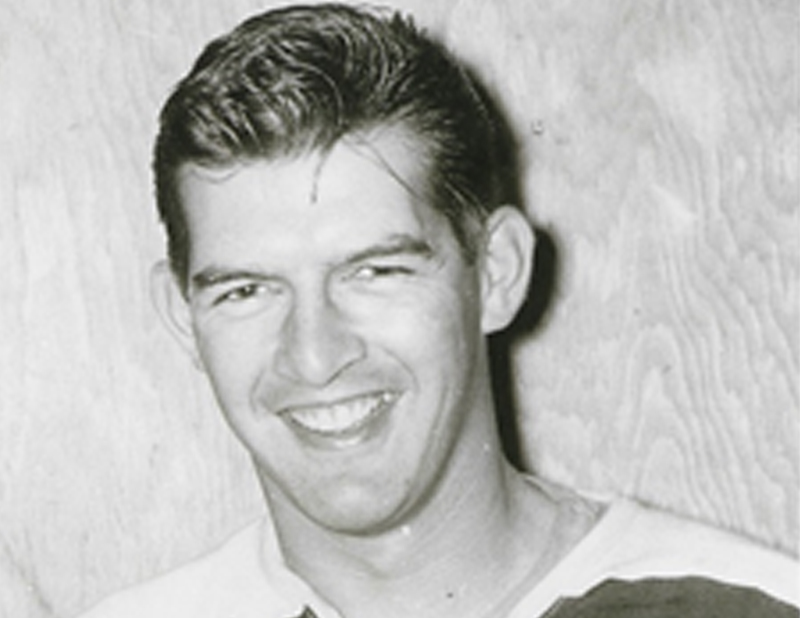 – Bert was a consistent top scorer, always a top 5 on his team and top 10 in the league, throughout his illustrious career.
– In 1955 he was picked up by Long Branch to bolster their team in the quest for the Minto Cup. He was a strong contributor to the team, and they were successful in winning the prize. That same year, he was also selected as the MVP for the Junior Excelsiors.
– Bert’s strongest assets during his playing days were his outstanding speed, combined with an excellent shot. His teammates described him as a solid top scorer, and an unselfish playmaker; who was diligent on the defensive side of the ball.
– Bert had a long successful career that spanned over 17 years in Ontario Lacrosse, and all but two years were spent as a Brampton Excelsior. He was a member of two Minto Cup championships, three Mann Cup finalist team, and won several Ontario Championships; from Midget right through to Senior.
– In addition to lacrosse, he was an excellent all sport athlete; winning championships in football, basketball and track as well. In later years he also took up tennis. His current challenge is working on his golf game.