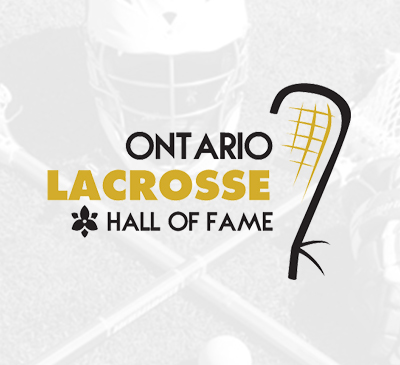 St. Catharines, ON – May 3, 2022 – Since its inception in 1997, the mission of the Ontario Lacrosse Hall of Fame has been to recognize & celebrate the great players and builders of the game in Ontario each year with the honour of induction into the Hall.

We are pleased to announce our 2021 inductees who have been nominated by individuals within the Ontario Lacrosse Association community. For more information about submitting your nominations please visit the OLHOF website.

Michael “Hazer” Hasen started as a 3-year-old in the Brampton Excelsior organization and developed into a 2-time Mann Cup champion with the club’s Major team. He led the team as captain from 1998-2006 and was recognized four times by the OLA Major Series as the top defensive player. Mike also captained the NLL Rochester Knighthawks from 2001-2007, winning the Champions Cup in 2007.

He made a successful transition to coaching following his playing career starting as an assistant coach with the Brampton Excelsiors capturing the Mann Cup in 2008 and 2009, then winning again as head coach in 2011 with the Excelsiors and 2017 with the Peterborough Lakers. He is also a 3-time NLL championship head coach with the Rochester Knighthawks 2012, 2013, 2014.

Pat “Paddy” O’Toole was a clutch goaltender known for coming up big when the game was on the line. One of the top goaltenders of his era, O’Toole’s career was a highlight reel of both team championships and individual awards at every level he competed at.

Demonstrating exceptional talent between the pipes, Paddy won the Harry Lumley Trophy not once but 5 times, an award given to the netminder with the least goals allowed in an OLA Major Series.  His offensive talents did not go unnoticed either, as he contributed with effective break-out and fast-break passes. In 2007, he set a record for most points by a goaltender in a Mann Cup career.

Len “Smokey” Powers got his first taste of winning as a midget in Peterborough as his team captured the Ontario Championship in 1967.  As a member of the Peterborough Jr. “A” PCOs (1968-72), he became a Minto Cup champion in 1972, a team he captained.  He was named the Best Defensive Player in the Minto Cup that year. The PCOs (1972-75) team was inducted into the Canadian Lacrosse Hall of Fame in 2010.

Len had a brief career in the first National Lacrosse League that operated for two years (1974-75) playing for the Rochester Griffins who won the championship in ’74.  He came home to Peterborough to play with the Lakers Senior “A” team winning the Mann Cup in 1973, 1982 and 1984.  In ’84 he was both player and coach for the team.  Len was acknowledged as being a team leader at every level he played and is known for his “relentless” work ethic both on and off the floor.

He brought those same qualities when he joined the Board of Directors for the Peterborough Lakers in 2015.  The club became a winning franchise with 3 consecutive Mann Cup Championships 2017, 2018 and 2019. He was appointed Chairman of the Board in 2020.  His involvement in the game stretches over 40 years and he shows no signs of slowing down.

Reg Holinshead has been instrumental in helping give youth an opportunity to play lacrosse. Working within various associations over the years – Huntsville, Arthur, Team Ontario, Elora and Oakville – Reg has been developing boys and girls at the minor, junior and senior levels.  Through grants, stick program initiatives and coach evaluation and mentoring, Reg continues to use his expertise to build programs.

He started his coaching career in Huntsville in ’79 while still playing Junior lacrosse and has been coaching ever since as well as continuing his involvement in league and team executive/management roles.

Reg has made a tremendous contribution to the Arthur Minor Lacrosse, stepping in as President when needed and leading improvements in registration, executive roles, sponsors, coaching and the development of a Senior Women’s box lacrosse team.